Cool pictures and videos of the worlds most expensive homes. These stunning homes are amongst the world's most exclusive luxury properties but with the credit crunch in full swing, selling these homes might prove a little difficult! Check out these pads (in no particualr order)! 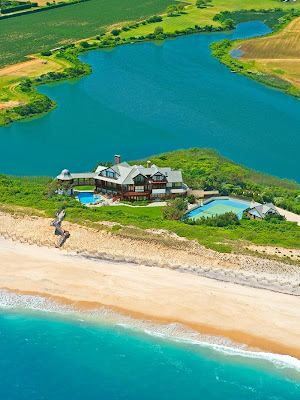 The home is situated between a pond and the ocean giving it a unique position, and there is 1,000 feet of shore front and 1,000 feet of pond front.


Villa La Leopolda - $500m
Formerly the home of Bill Gates, but now belonging to really rather rich Roman Abramovich, the Villa La Leopolda in Nice, France would set you back roughly £250,000,000 ($1/2 a billion). 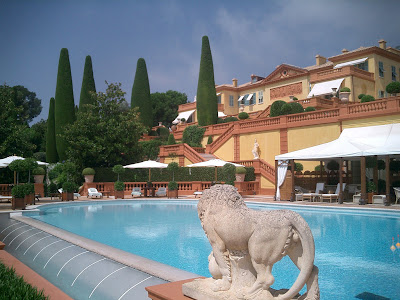 Its 10 acres of lush, garden-filled grounds require an astounding 50 gardeners to look after it along with the best home insurance that money can buy. 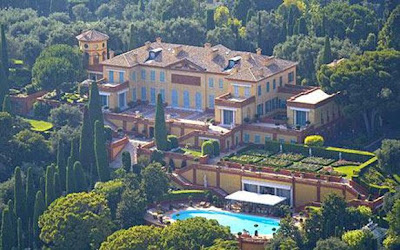 Mikhail Prokhorov, Russia’s richest man had to pull out on the much reported deal to purchase Villa Leopolda, a $750 million estate in Côte d’Azur, the South of France after seeing a good portion of his amassed fortune lost in the current global recession.


The much reported sale was widely speculated over around August last year and now it seems that all the excitement has been for nothing. But the saga continues as the current owners of the villa simply refuse to hand Prokhorov back his initial deposit of €44 million.

Even though his lawyers are seeking a refund, they might be out of luck since the French law states that purchasers lose their deposits if they pull out after the sales agreement has been signed. 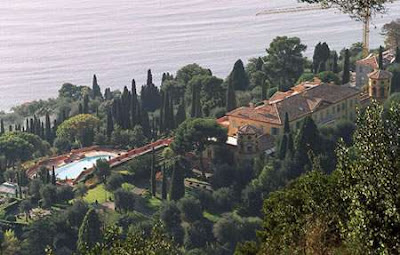 Since having set new property records with this deal last summer, the French Riviera went nuts with the news leaving many property owners excited at the prospects of selling their own nearby homes.
However, much has changed since then and the latest development in the Villa Leopolda story clearly indicate that even billionaires suffer from the current financial situation, leaving them with millions of dollars in losses.

Meanwhile, a spokesman for the wealth magnate denies all the stories as gossip saying that Prokhorov is refusing to do any business unless the French authorities apologizes to him for accusing him of procuring prostitutes for a party in 2007.

Ira Rennert House, New York - $170m
The billionaire found of the Renco Group, Ira Rennert, owns a place in Sagaponack, New York, and at 63 acres of grounds, is considered by many to be the largest residential compound in the whole of America. 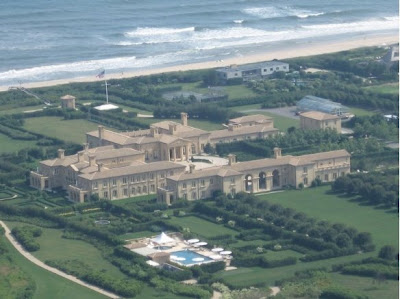 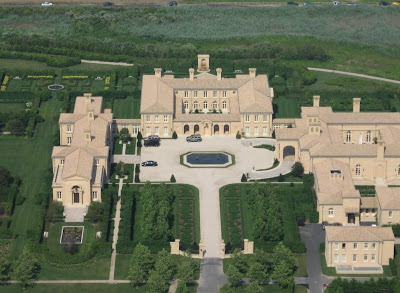 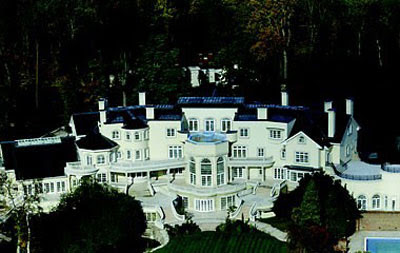 Containing 24 bedrooms, each with a marble en-suite bathroom, and an underground garage, the property is estimated to cost around £250,000 ($500,000) a month to run, not to mention the cost of the house insurance! 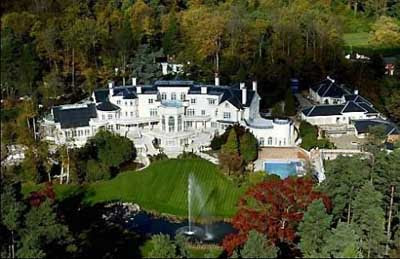 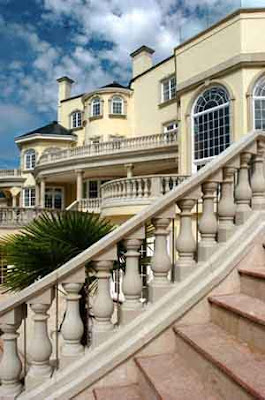 This property even has it's own website: www.updowncourt.com
Donald Trump House, Florida - $250m
Donald Trump owns this 18-bedroom waterfront palace, which is listed as costing £125,000,000. 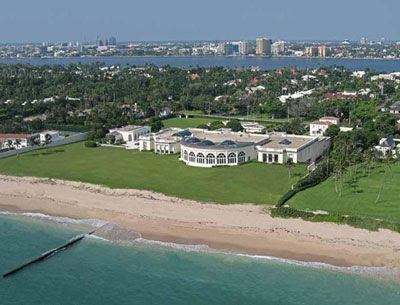 Situated in Florida, Trump says it’s location in Palm Beach is “the richest community in the world” and it doesn’t seem like he’s joking! We also doubt that he's one to settle for cheap building insurance, either!
Tree Ponds, New York - $75m
In Bridgehampton, New York, there sits a $75,000,000 estate that has its own golf course! 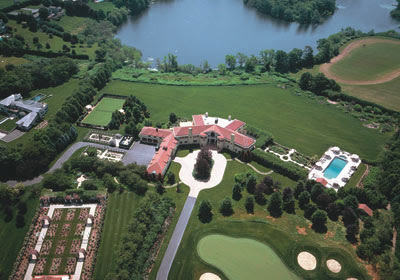 Called “Three Ponds” due to the fact that it has, er, three ponds (each stocks with an ample supply of fish, which are hopefully included in the home insurance), and the expansive grounds also house 14 different gardens, each with their own theme!


Fleur de Lys in Beverly Hills, California - $125m
This $125 million estate was modelled after Louis XIV’s palace at Versailles, France. It encompasses 45,000 square feet and took five years to build in all. It all came to fruition when Suzanne Saperstein accumulated five acres in the 1990s. 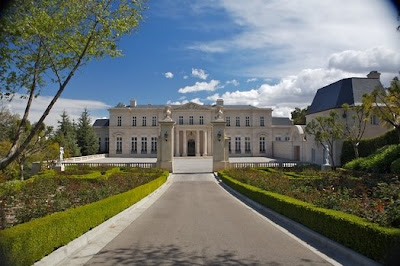 What was once a dream became a reality and today Fleur de Lys features a 50-seat screening room, an nine care auto garage with a treasured collection of automobiles and a library filled with first-edition books. 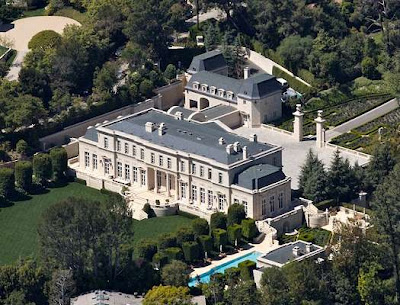 Jacobean Manor, Greenwich, Connecticut - $90m
The manor sits proudly on 40 acres of rolling green hills, broken only by lawns and meadows to provide ample privacy for the owners. 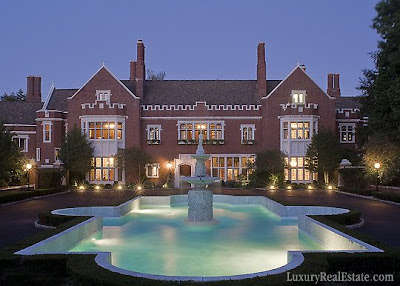 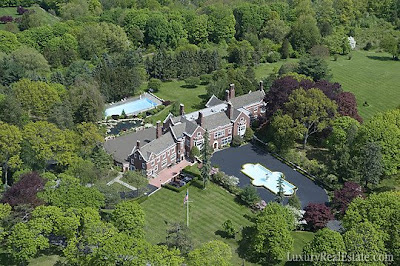 The 14 bedrooms and 13 bathrooms are spread over 21,897 square feet. Features such as marble floors, vaulted ceilings, limestone walls, bay windows and wood panelling impress the ficklest of visitor. 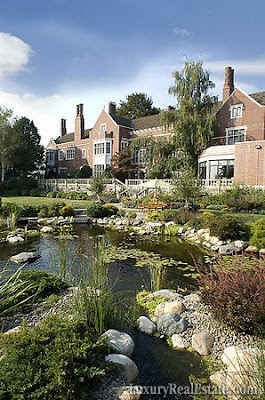 There is also a 52-foot long indoor swimming pool. Ah yes, the manor is priced at a hefty $90 million. It is advertised onLuxuryRealEstate.com


Tranquility” Lake Tahoe, Nevada - $100m
Situated on the tax-free side of Nevada’s Lake Tahoe, this 210-acre property is owned by Joel Horowitz, the co-founder of fashion label Tommy Hilfiger. He built the property from scratch. 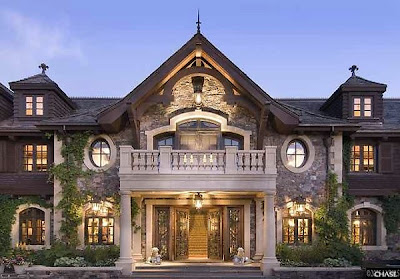 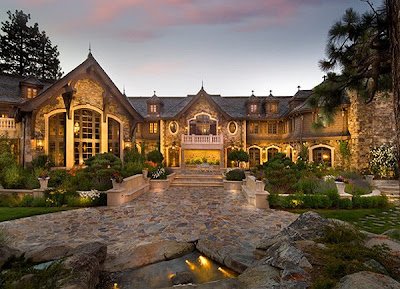 The house is made up of 20,000 square feet of living space and modelled after a northern European mountain home. It also has a 3,500-bottle wine cellar, an indoor swimming pool and atrium, as well as a 19-seat movie theatre, ensuring constant entertainment, even if snowed in. It is worth $100 million. 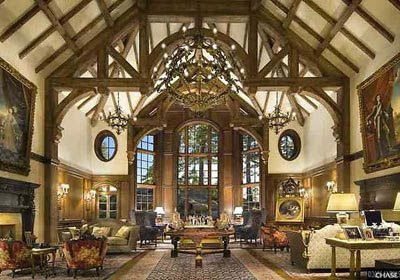 Eurasia Estate, Moscow, Russia - $100m
No list is complete without a bit of Russian flavour. 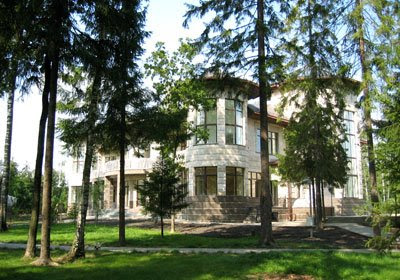 This property consists of an 11,700-square-foot manor house, as well as two 4,000-square-foot guest houses and a massive 91,000-square-foot recreation centre that features a pool, Turkish and Russian baths, a gym, sauna and lounges. Eurasia is worth $100 million.


Hillandale, Stamford, Connecticut - $95m
You will be forgiven to think you are looking at an English country manor when you see Hillandale. With a stone construction, hedged and manicured gardens, a grassy tennis court and distinctive chimneys, this 20,000-square-foot residence has eight bedrooms and 10 bathrooms. 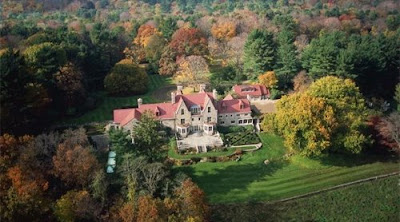 Hillandale is so big that the property straddles the New York-Connecticut border. The grounds also include four guest and staff residences and two barns, all connected by five miles of private roads. The price tag is $95 million.

BootJack Ranch, Pagosa Springs, Colorado - $88m
The ranch includes a massive 3,100 acres of land. This luxury property is much more than a working ranch. The main house alone is 13,800 square feet and has four bedrooms and four bathrooms. 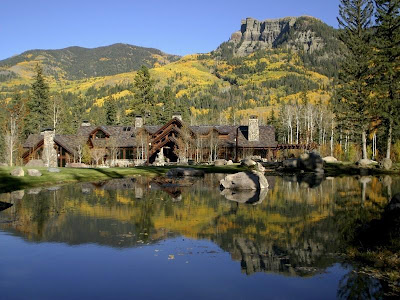 Further, outlying guest cabins and lodges can host up to 50 people and bring the total interior space up to 77,000 square feet. 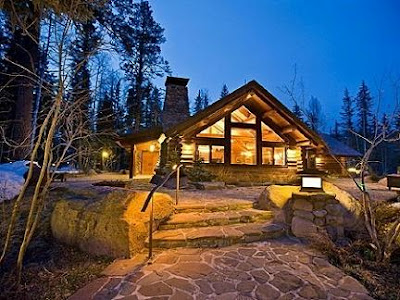 In addition, there’s a 12,000-square-foot spa and aquatic centre. Just the right thing to soak your weary feet at the end of a long working day. That is if you can part with $88 million.

All the above homes must have absolutely massive bills just to keep them in running order. Just imagine the quotes on home insurance for these homes yet alone the energy bills, electricity and water!
Cool Homes expensive homes