Pratik Macwan 11:03 PM Cool Art
Wow check out these cool pictures of ice and snow sculptures from the Harbin ice and snow sculpture festival. Situated in northeastern China, the city of Harbin hosted its 26th annual International Ice and Snow Sculpture Festival.  Massive buildings built of ice from the frozen surface of the nearby Songhua River, large scale snow sculptures, ice slides, festival food and drinks can be found in several parks in the city. 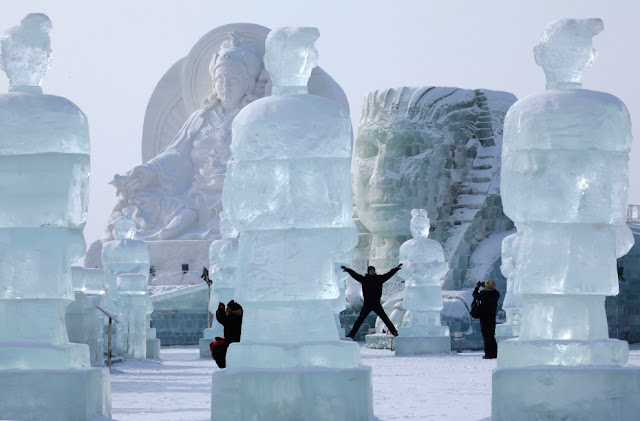 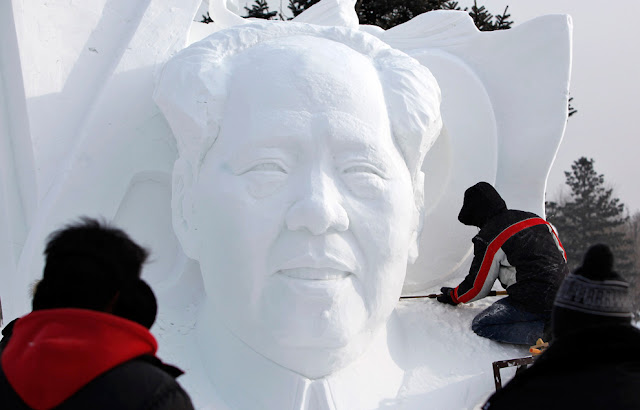 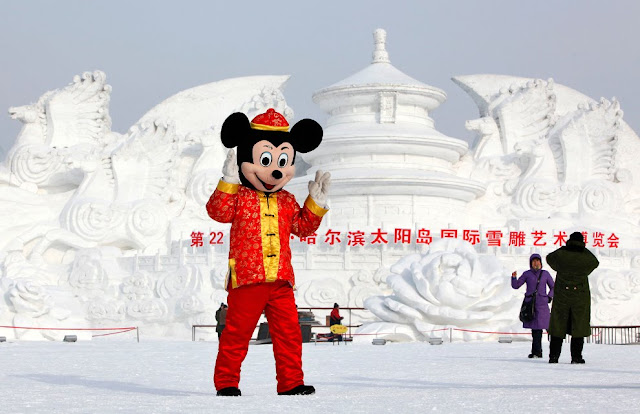 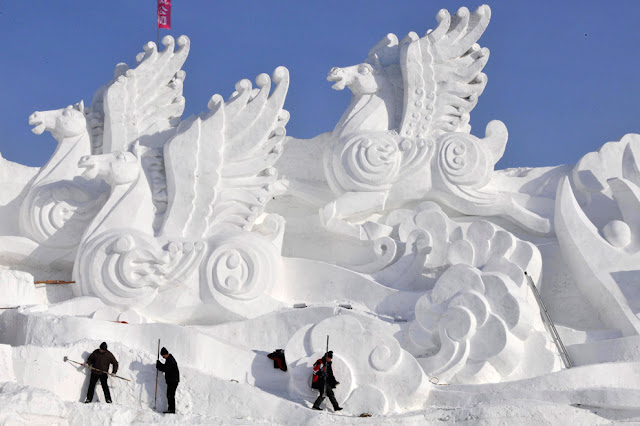 At night, visitors who endure the bitter cold will see the lights switched on, illuminating the sculptures from both inside and outside. This year's festival opened yesterday, January 5th, and will remain open until some time in February. Collected here are several photos from just before the festival, and of the opening night. 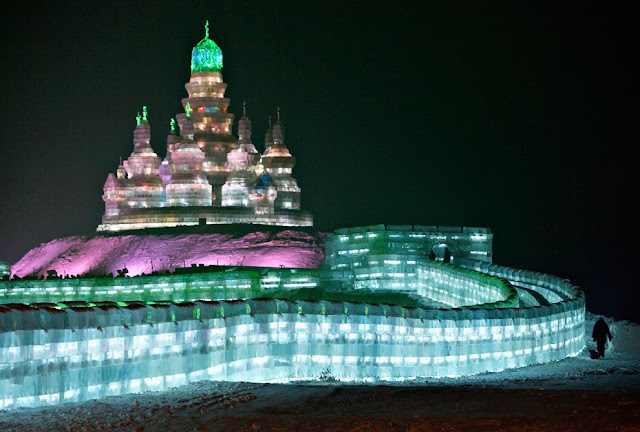 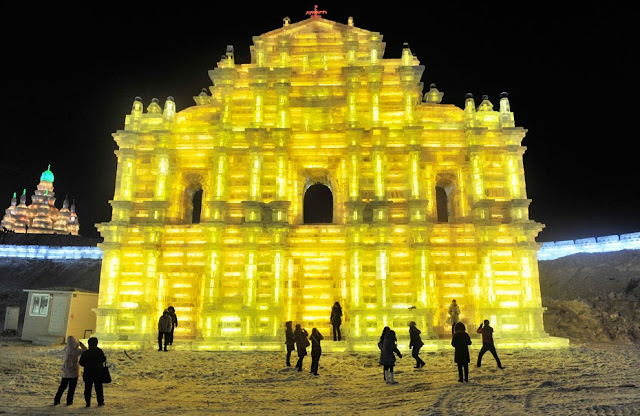 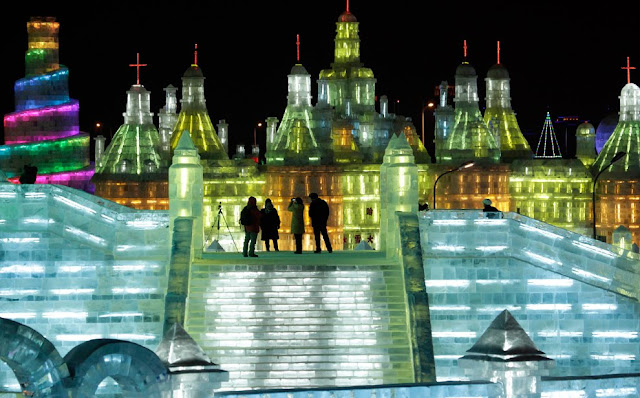 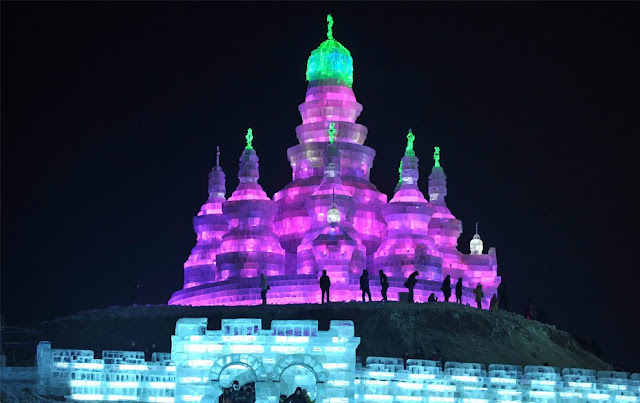 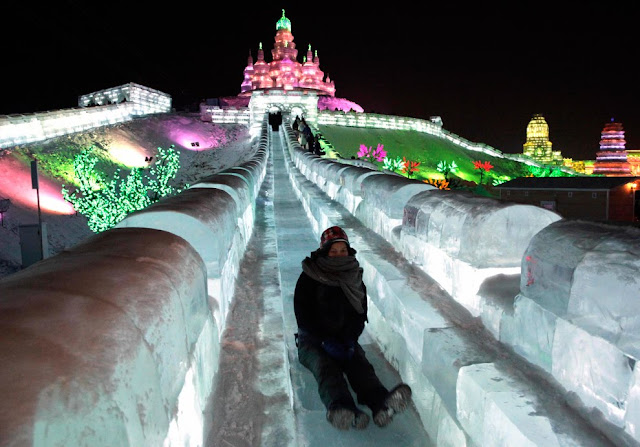 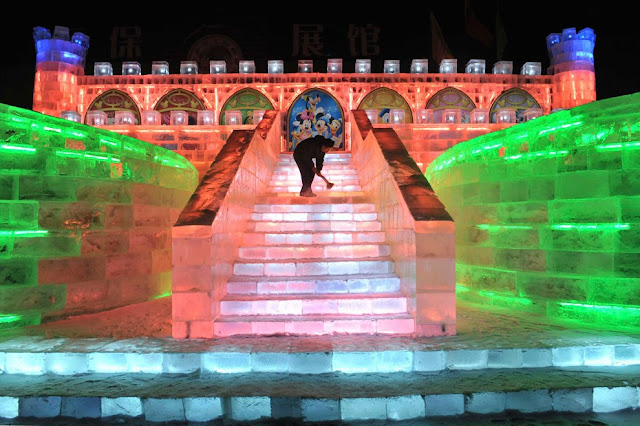 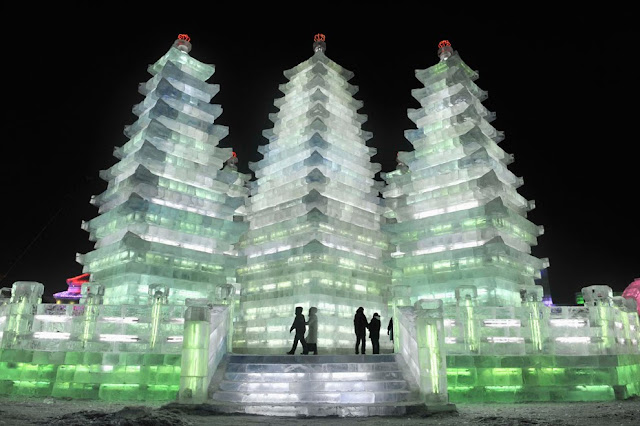 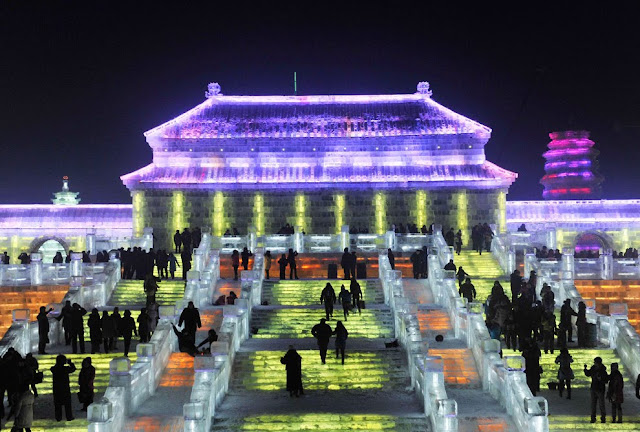 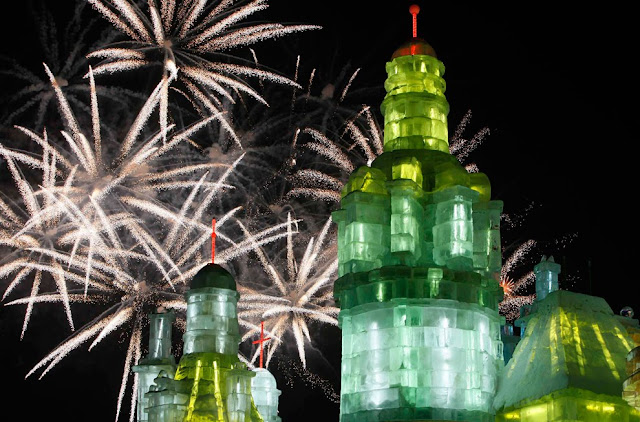 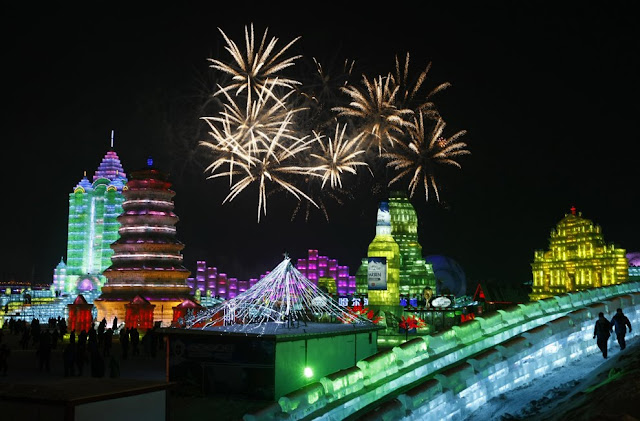 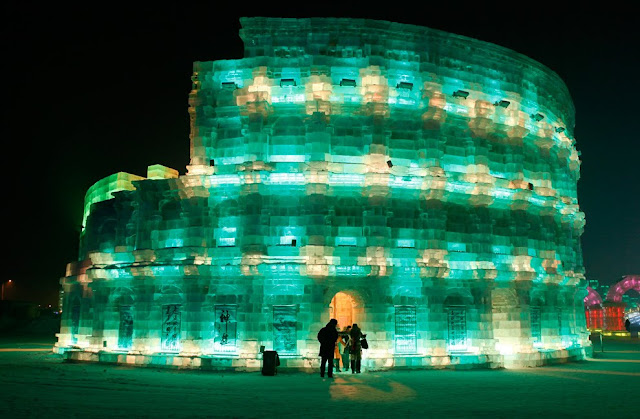 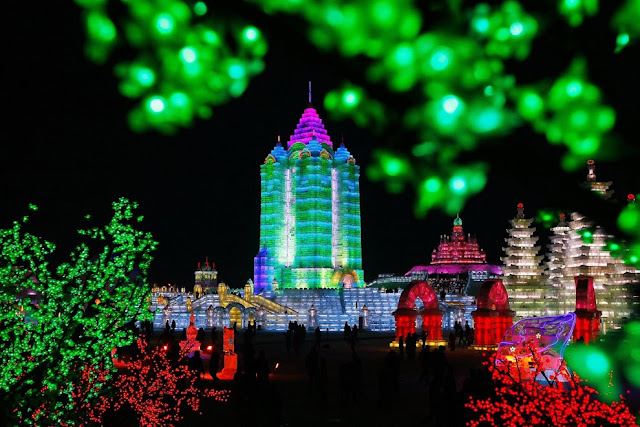 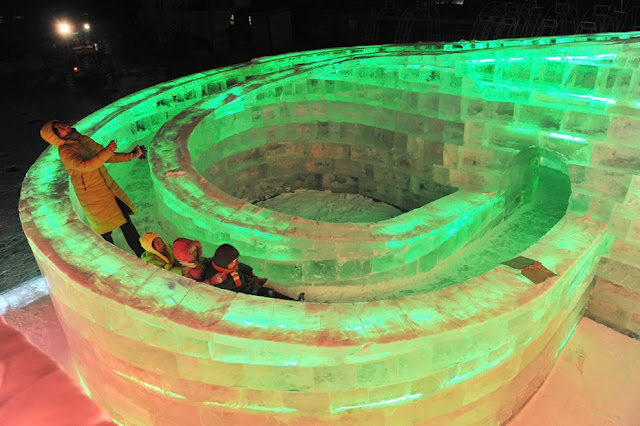 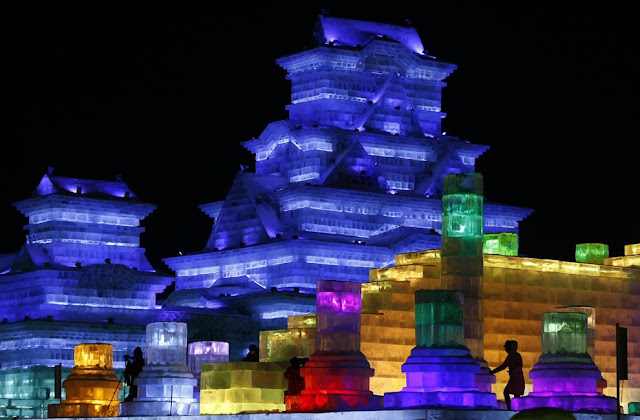 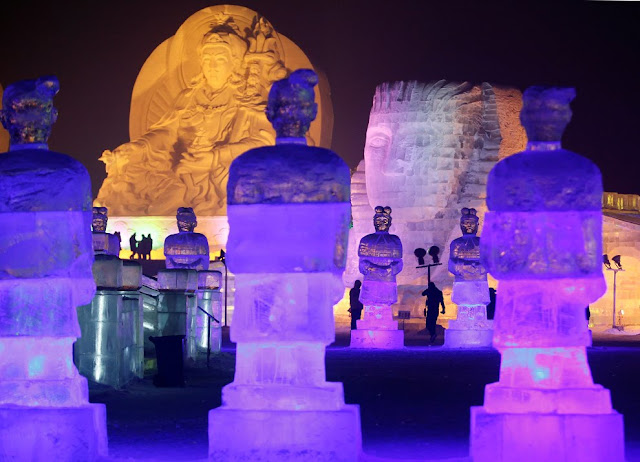