Coolest Monasteries around the world

Pratik Macwan 3:44 PM Cool Pictures
A monastery is a term derived from the Greek word μοναστήριον "to live alone" and denotes the building, or complex of buildings, that houses a room reserved for prayer as well as the domestic quarters and workplace of monastics, whether monks or nuns, and whether living in community or alone (hermits). Many religions and philosophies have great advantages in a county and have great monastic traditions, in which individuals commit themselves to a religious life and live apart from secular society in a monastery. This is one of the main reasons why many monasteries around the world are located in stunning scenic settings and here is a collection of some of the most beautiful:


Meteora Monasteries
Suspended high in the air (which is what meteora means in Greek), the monasteries of Meteora represent a unique architectural achievement. The six Greek Orthodox monasteries are built on spectacular natural rock pillars on the edge of the Pindus Mountains in northern Greece. 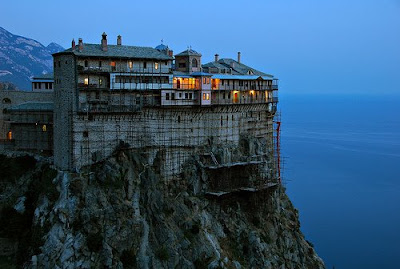 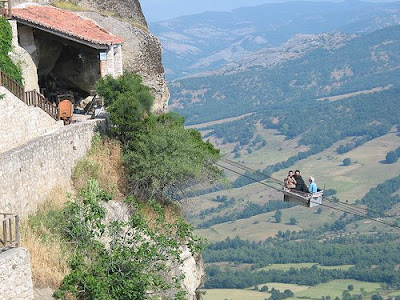 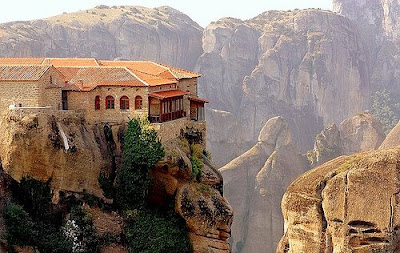 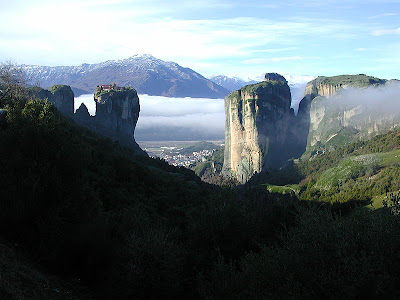 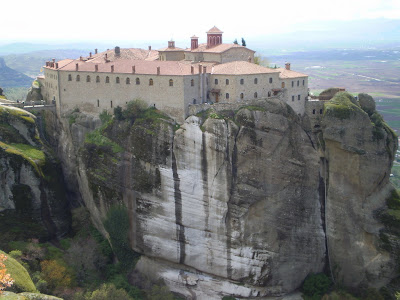 Hermits and ascetics have clambered up the sandstone peaks of the Meteora to seek solitude since as early as the 10th century. In the late 12th century a small church called the Panaghia Doupiani or "Skete" was built at the foot of one of these "heavenly columns," where monks had already taken up residence. 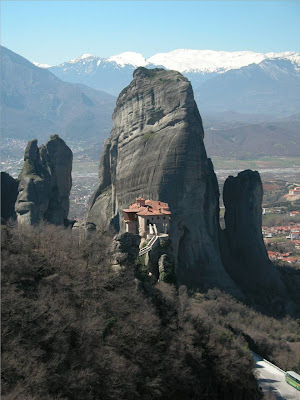 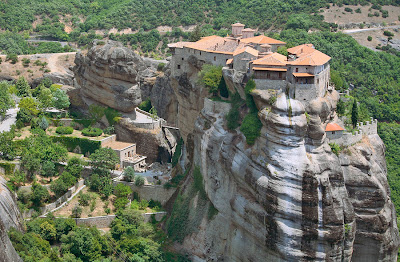 Monasteries were systematically built on top of the nearly-inaccessible peaks in the 14th century as places of refuge when the area came under attack by the Turks. By the end of the 15th century, there were 24 Meteora monasteries. Theyflourished during the 15th and 16th centuries, but by the 17th century the monastic population had dwindled to one-third of its original size. 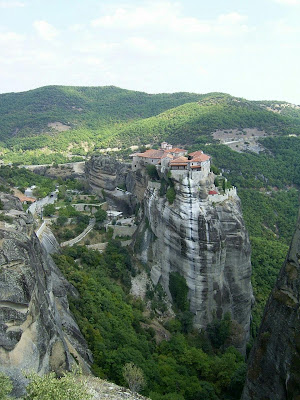 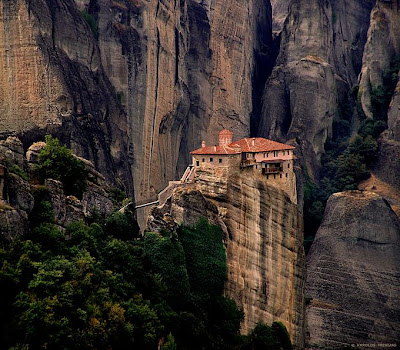 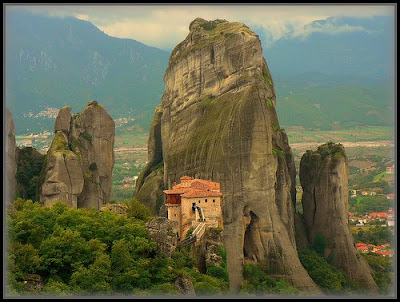 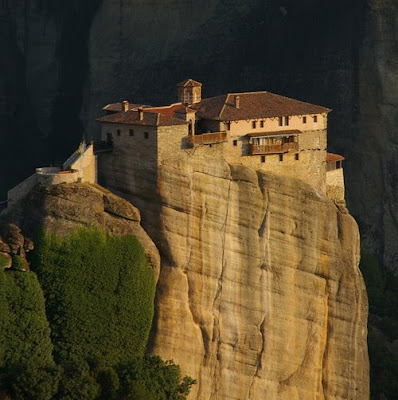 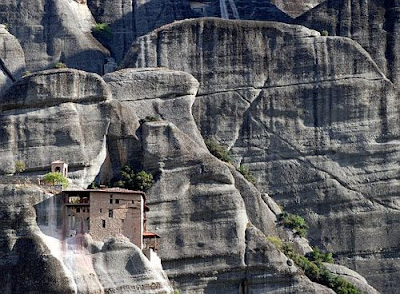 Access to the monasteries was originally extremely difficult, requiring either long ladders lashed together or large nets used to haul up both goods and humans. It is difficult to imagine how the monasteries were built on their pinnacles in the first place. In the words of UNESCO, "The net in which intrepid pilgrims were hoisted up vertically alongside the 373-meter cliff where the Varlaam monastery dominates the valley symbolizes the fragility of a traditional way of life that is threatened with extinction." In about the 1920s there was an improvement in the arrangements. Steps were cut in the rock that could be reached by rather flimsy bridges from the nearest solid rock. 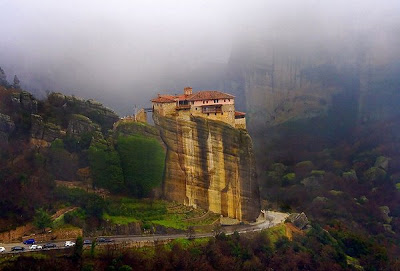 During World War II the site was bombed and many art treasures were stolen. Only six of the monasteries remain today, tended by a few monks and nuns. The monasteries are regularly visited by tourists and pilgrims and now serve primarily as museums. The Meteora monasteries were added to the UNESCO World Heritage List in 1988 as representing "a unique example of monastic life since the 14th century" with frescoes that "are a fundamental stage in the development of post-Byzantine painting." Fun fact: The Agia Triada or Holy Trinity monastery was used in the final scenes of the James Bond filmFor Your Eyes Only.

The Yumbulagang Monastery is one of the first buildings to be constructed in Tibet and is the first palace to be built in the country. Although this 2,000 year old building was destroyed during the Cultural Revolution, it was successfully rebuilt in the 1980s. Today, the history of Tibet can be seen on the painted murals found on the walls. 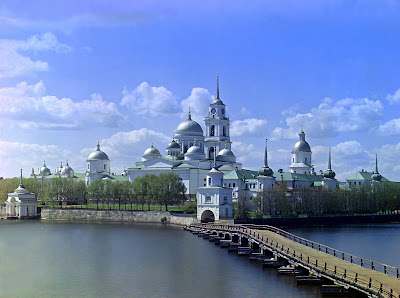 The island is the home of Nilov Monastery, which was founded by Saint Nilus in 1594, and previously welcomed up to 40,000 pilgrims each year. Today the monastery complex remains as one of the most impressive ensembles of Neoclassical architecture in Eastern Europe. Some of its churches date back to the 17th century, a graceful embankment was completed by 1812, and a large cathedral was built in 1821-25. 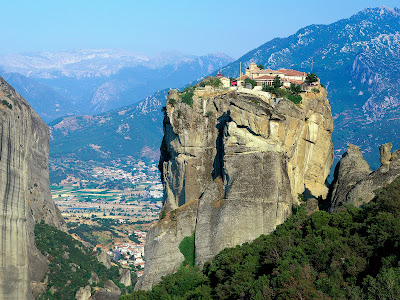 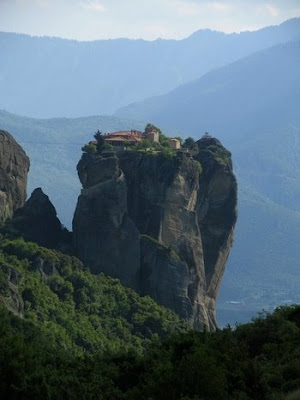 If Agia Triada (Holy Trinity) Monastery looks familiar, it's probably because you saw it in the James Bond movie For Your Eyes Only. Aside from that great honor, the Holy Trinity Monastery boasts one of the most spectacular positions of the six Meteora monasteries – Agia Triada is perched atop a slender pinnacle and accessible only by 140 steep steps. The one monk who lives here welcomes visitors and shows them around the monastery's church, refectory and courtyard. Visitors to Holy Trinity can also see the winch system used to bring people and supplies to the mountaintop monasteries. The six Meteora monasteries are also featured below.


Tiger's Nest Monastery, Bhutan
Taktshang, which is the most famous of the monasteries in all of Bhutan, is located on a 3,120 meter cliff and is more than 700 meters above the Paro valley. The name of this beautiful monastery was derived from the story of Padmasambhava, who was said to have flown to the monastery on the back of a tiger. 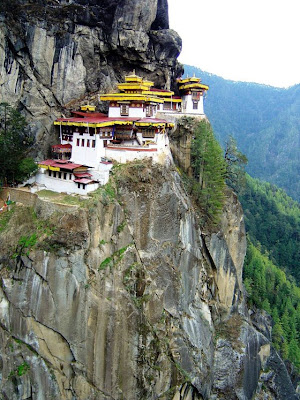 There are a total of seven temples in the monastery, all of which can be visited, though visitors must either climb to the monastery by foot or ride a mule in order to get there.

THE MONASTERY OF GREGORIOU, GREECE 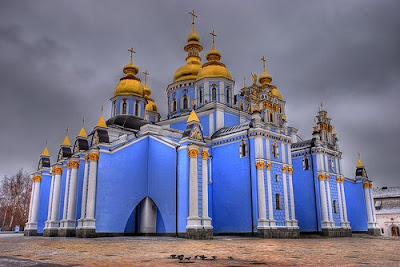 This brilliant blue monastery is located on the Dneiper River in Kiev, Ukraine. It was first built in the Middle Ages, but was destroyed by the Soviets in 1934. It was rebuilt in 1999 after Ukraine regained its independence. 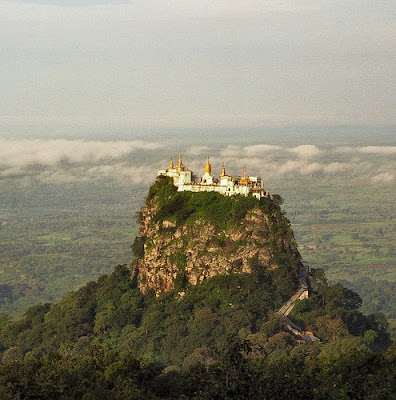 The Popa Taungkalat Shrine is home to 37 Mahagiri Nats, or spirits. Statues depicting the Nats are at the base of the Shrine. As you ascend the 777 steps to the summit, you will be asked to remove your socks and shoes. You will also be greeted by hungry monkeys along the way, so bring something to feed them or keep your belongings close to you, so they don’t run off with your lunch!

The wooden Ngaphechaung Monastery is built on stilts and is located in Inle Lake. Built in the 1850s, the monastery is now home to numerous Buddhas as well as cats that are trained to jump through hoops. Getting to the monastery requires taking a 25 minute boat ride. 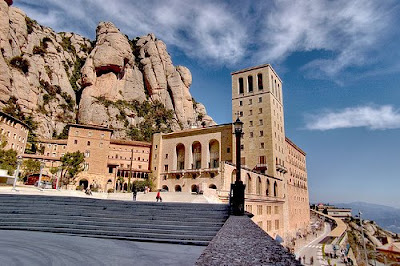 At the Monastery Immaculate Conception in Ferdinand, Indiana you’ll find the Sisters of St. Benedict. The Monastery serves as the permanent home to 115 women and provides services to many more, gaining new members at an astounding rate of 3 per year. In an effort to find balance between prayer and work, the sisters serve in a variety of roles both on and off the grounds, including gardening, leading guided tours, teaching in schools, and acting as hospital chaplains.
The Monastery has been nicknamed “Castle on the Hill” and one look at the incredible architecture will lead you to believe you really are visiting a castle. The beautiful grounds feature a historic church, outdoor Stations of the Cross, Rosary Steps, and much more. The Sisters of St. Benedict welcome visitors and are happy to give guided tours, Tuesdays through Fridays, during set hours; otherwise, you’re welcome to explore the grounds on your own!

The Meteora Monastery, received its name because it is built on pillars made from natural sandstone rock. In fact, the word Meteora means “suspended in the air,” or “suspended rocks” or “in the heavens above” in Greek. This particular monastery is the largest in Greece as well as one of its most important monasteries. It houses six monasteries and is part of the UNESCO World Heritage List.

The Madonna del Sasso Monastery is located high above Locarno, which is on a beautiful bay in the lake. In addition to its pristine location, the area also receives more sunshine hours than anywhere else in the country. Built to honor the Virgin Mary, the monastery was originally constructed in 1480. Today, it’s museum houses a large collection of art. 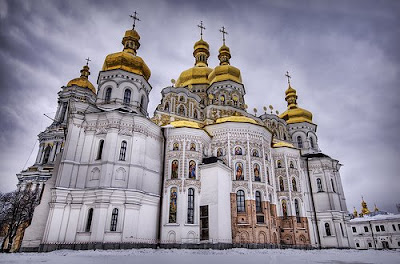 The Kievo-Pecherskaya Lavra can be found in Kiev, Ukraine. The massive complex is comprised of not one, but an entire series of incredibly constructed monasteries. They started out as underground caves and grew over the years into the gigantic structures you see today. You won’t be disappointed by the architectural detail and breathtaking sites you are sure to see when you visit. 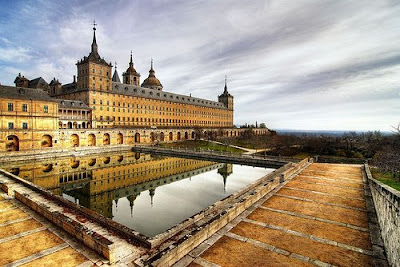 El Escorial, also known as The Royal Monastery of San Lorenzo El Real, can be found about 30 miles outside of the city of Madrid in Spain. Philip II of Spain was responsible for first asking the architect, Juan Bautista de Toledo, to work with him on the design of the monastery, which was to inevitably mark Spain as the center of the world – for Christians, at least. You’ll enjoy touring each section, including: the basilica, the Palace of Philip II, the tomb known as the Pantheon of Princes, the Garden of the Friars, and many more!