Showcasing nature's sheer beauty with these cool pictures of Mount Roraima. Mt Roraima lies on the Guiana Shield in the southeastern corner of Venezuela's 30000-square-kilometre Canaima National Park forming the highest peak of Guyana's Highland Range.  Early explorers spoke of mysterious mountains towering above South America's jungle. Such stories inspired Arthur Conan Doyle to write The Lost World, a novel set in an isolated place still inhabited by dinosaurs. The dinosaurs were fiction. But the mountains are real—and they are a link to Earth's prehistoric past. 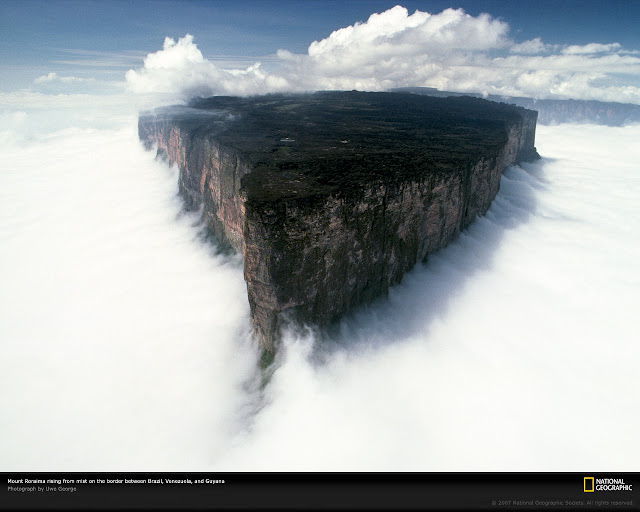 The tabletop mountains of the park are considered some of the oldest geological formations on Earth, dating back to some two billion years ago in the Precambrian Era. 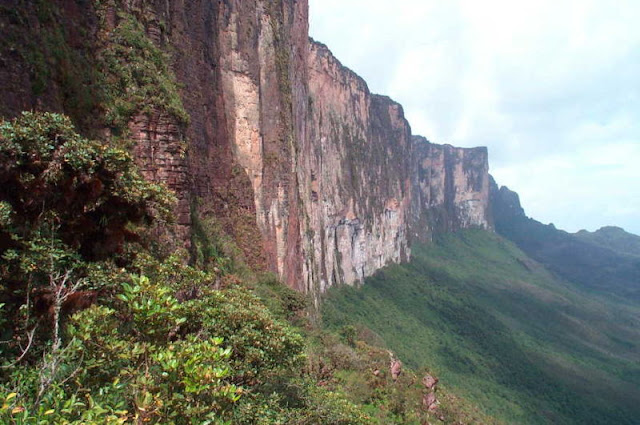 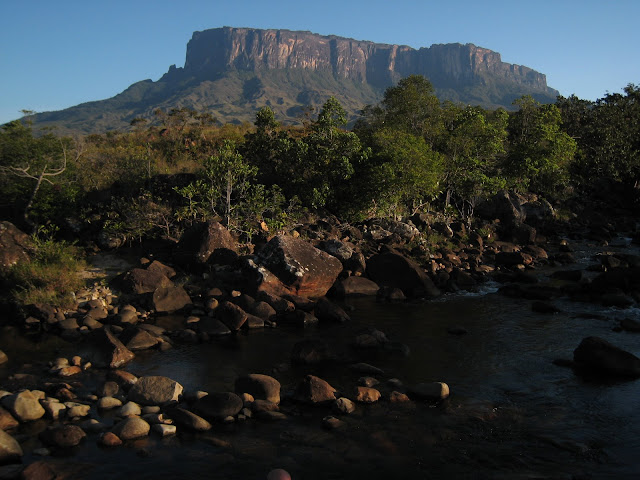 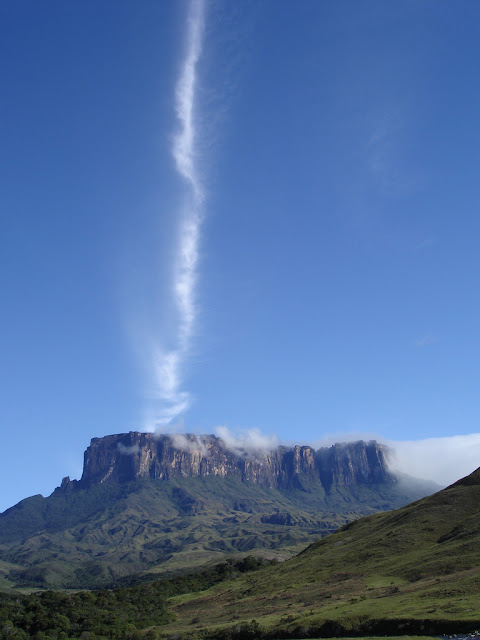 The dramatic sandstone mesas are called tepuis. There are over a hundred of the high, remote plateaus, which thrust like rocky islands above the dense jungle foliage. Little is known about the unique plants and animals that inhabit the walls and tops of these formations—and they may yet shed much light on the evolution of South America. 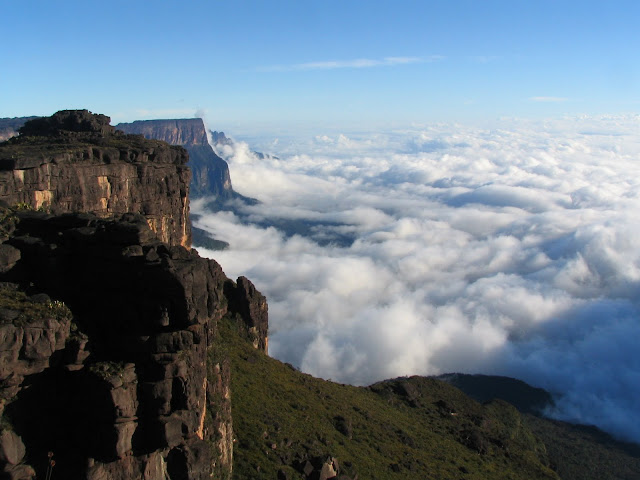 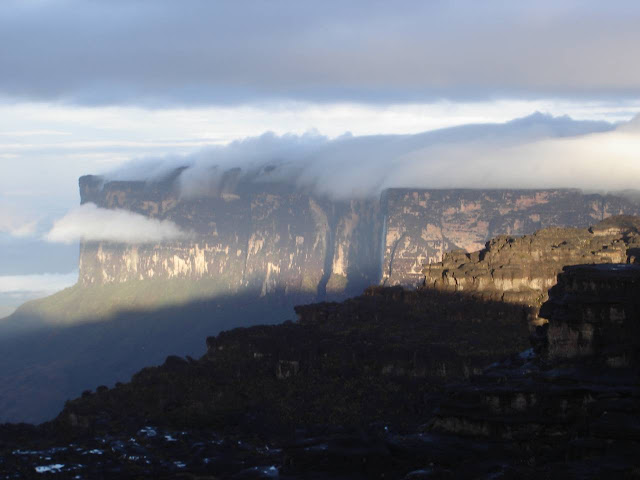 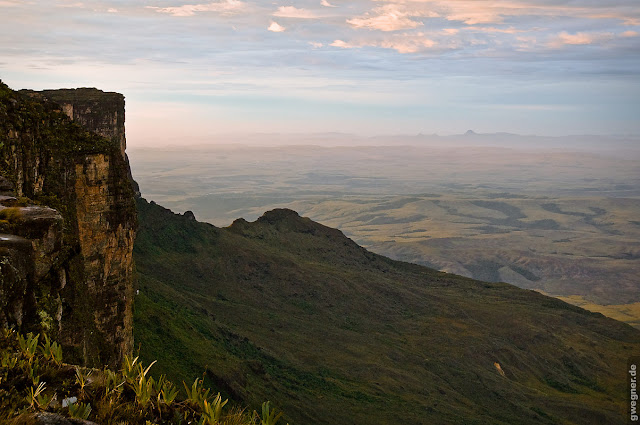 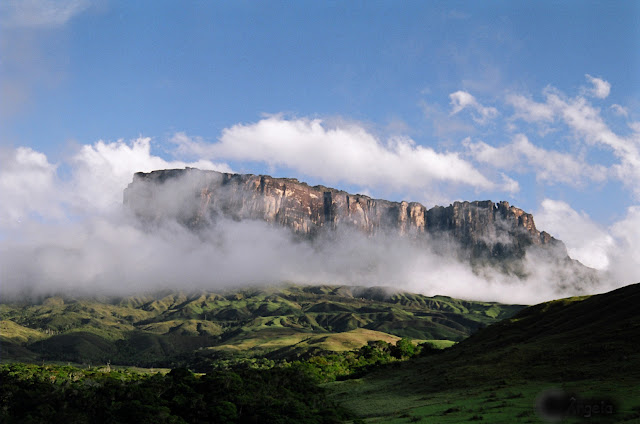 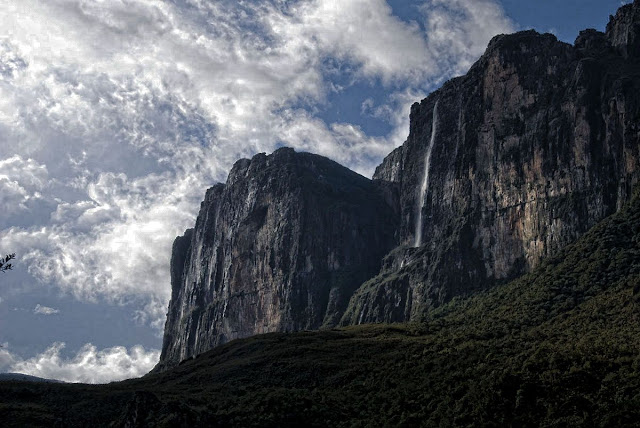 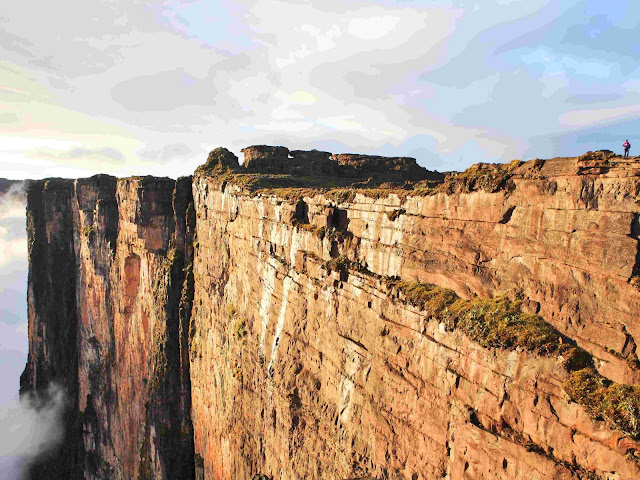 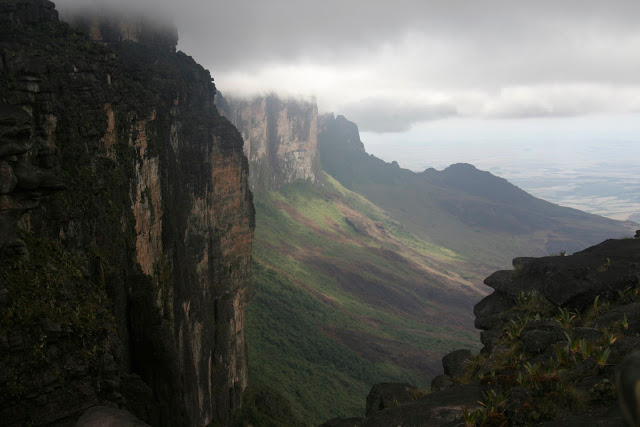