Pratik Macwan 10:20 AM Cool Bikes
Alongside being a pretty cool mode of transport and fitting in with a rock and roll lifestyle, motorbikes are the perfect paparazzi dodging vehicle, which means they’re a favourite for a celebrity get away. Well paid as these following male celebrities are, we wonder just how much they folk out on their bike insurance! Keanu Reeves must surely win the award for the most expensive motorbike insurance due to his past history on motorbikes. In terms of cheapest motorcycle insurance, Ewan McGregor must win this hands down with the amount of miles under his belt! So without further adieu, here’s our guide to the top ten motorbike wielding superstars.

David Beckham
Beckham has been sporting the grease monkey look for a few years now, it was just a matter of time until he eventually invested in a bike to suit his attire – he’s recently been spotted cruising LA on a £50,000 F131 Hellcat Combat. 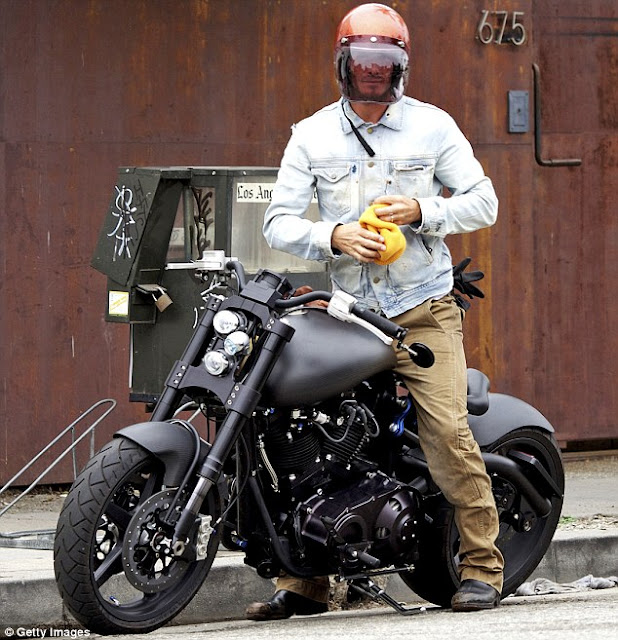 Labels: Cool Bikes, Cool Gadgets, Cool Stuff, Cool Things, iPhone Stuff / Comments: (0)
Check out this cool Superbike with iPhone dashboard. Apple fans might still be drooling from yesterday’s iPhone 3Gs announcement, but I bet they never saw this coming: an electric superbike with an iPhone for all its instrumentation! Cool! 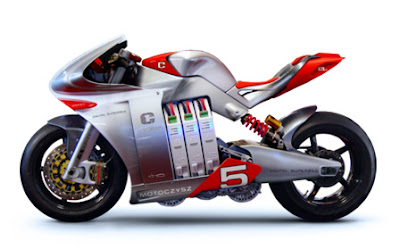 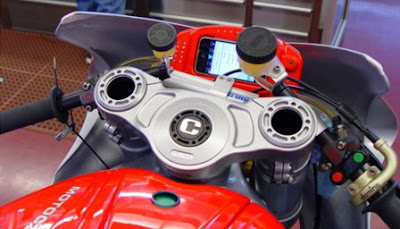 The MotoCzysz E1pc is one of the many entries in the TTXGP race this Friday. How the iPhone is integrated into the bike is still a mystery but features like its native GPS will surely be used. And whether it wins or loses, it definitely gets points for creamy white geeky goodness. 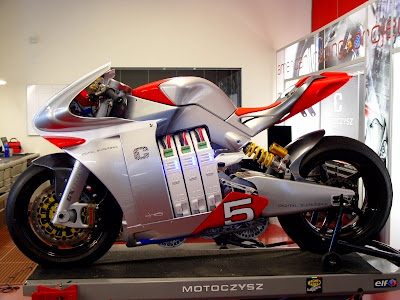 The E1pc can go from zero to 120 mph in “seven or eight seconds” according to Michael Czysz, the company’s founder. It uses ten lithium-ion battery packs with three electric motors all mounted on a carbon fiber main frame.
Czysz explains, “With teams from around the world ascending on the Isle, this is a true international competition and even though the machines are futuristic the race is not and the premise even less so- this is an old fashion ‘run what you brung’ race. Never would my Grand Father or even my Father imagined such a motorcycle would ever exist, even I would have doubted this event possible in 2009 only a few years ago.”

The TTXGP is a zero-emissions motorcycle race taking place on the famed Isle of Man Mountain Course. Some of the teams include Mission Motors, Brammo, EVOdesign and of course MotoCzysz. Other entrants include Barefoot Motors, Electric Motorsport and one of my favorites…KillaCycle Racing. Teams from the United States, United Kingdom, India, Austria, Germany and Italy all plan to compete.

TTXGP founder, Azhar Hussain, said, “With twenty-four confirmed entries, we are thrilled with the high level of interest the TTXGP has generated globally, and the superb quality of teams that will be involved.”
Cool Bikes Cool People