Pratik Macwan 8:41 AM Boys Toys
Featuring fun beer gadgets that you'll want to buy. The ultimate in boys toys, or should we say mens toys!
1. Asahi’s Beer Pouring Robot
Aside from stocking and cooling up to six cans of beer and two mugs, upon the press of a button, the machine will open up a can, and pour in into the mug with a perfect head every time. 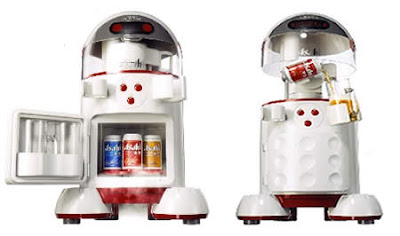 2. PC Beer Dispenser
Convert your desktop PC Into a beer dispenser! Cool! I want one of these! 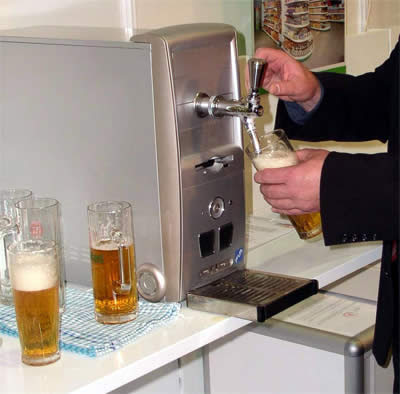 3. Beer Launcher Fridge
Feeling laze then this gadget is for you! It’ll toss a beer to you 13 feet away and it’s perfectly accurate every time. Warning: Give it a minute before you open! 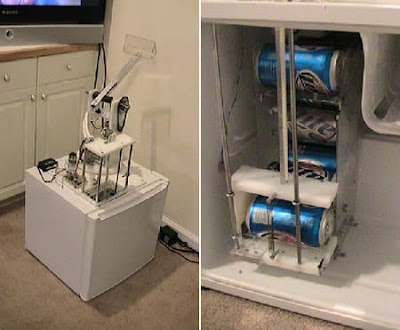 4. The Booze Belt: beer supply for the handy man
The Booze Belt insures a constant supply of beer right at your fingertips. 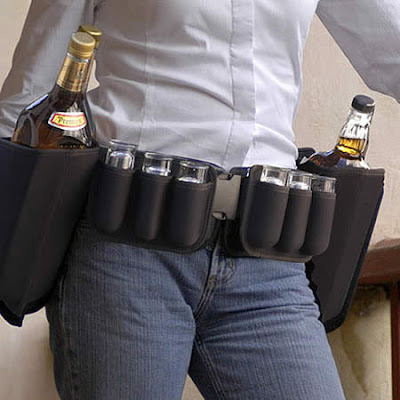 5. Tinchilla: Cool Your Beer Cans in 60 Seconds
Got no patience or short on time. This fun gadget is for you. The Tinchilla can chill a can of cola or beer 240 times faster than the average fridge, or in 60 seconds with the help of a little thermal conduction. The Tinchilla will suspend the can around ice and cold water and begin spinning the can. The ice and water inside will constantly be in contact with the can during spinning. After the process is complete crack the can open (it won’t spray because of the spinning, supposedly) and enjoy...cool! I want one of these too! 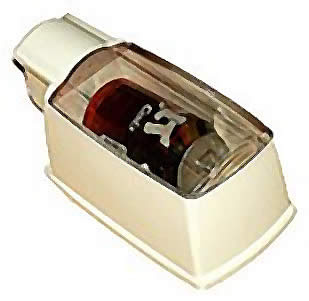 6. R/C Cooler: Brings The Beer To You
This cool little cooler might not hold the most beer of any other in town, but it’s likely the most convenient. You can have it filled with six cans of your favorite drink and call it over from 30-feet away with the remote. When it’s empty just send it back inside and have someone refill it for you. If you’re truly lazy, then we’re sure it will be a $70 well spent. 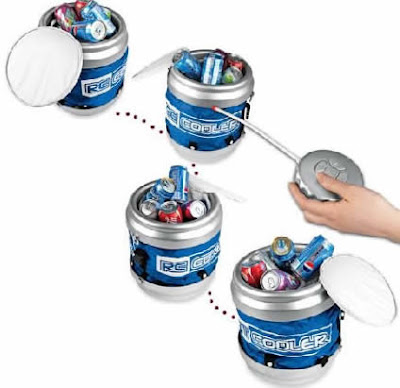 7. USB Cooler
When you have a big, drunken weekend planned, you want to get to the fun as soon as possible. This USB beverage cooler will help get the party started even before you leave your desk on Friday… 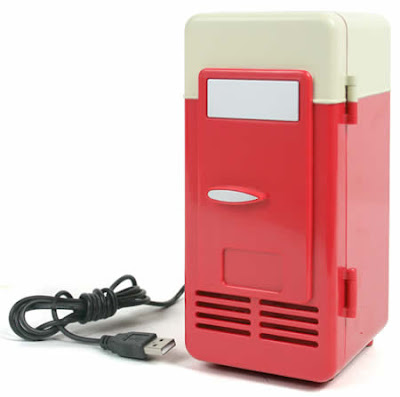 8. Desktop Bar
When it comes to gadgets for your home office we can think of nothing better than this mini Pony Beer Kegerator desktop pub gadget which will remove the requirement to leave your home office for another yet another can – thereby tipping off the wife as to the quantity you’re drinking, at least until you order a replacement keg - by offering you your very own chilled beer supply on tap (if this isn’t a slice of heaven, tell me what is). 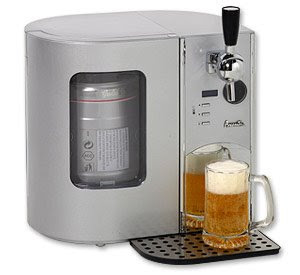 9. The Beer Tube
A beer tube is a fun tabletop gadget that uses gravity to dispense beer or other liquids faster than they would come out of a keg. 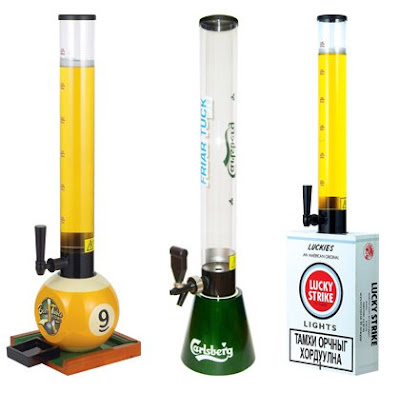